We were in Guadeloupe, January 12 until March 5. We stayed in three different places for a week each and then a month on Basse Terre. And finished up with a single night in Gosier to make our flying out easier. 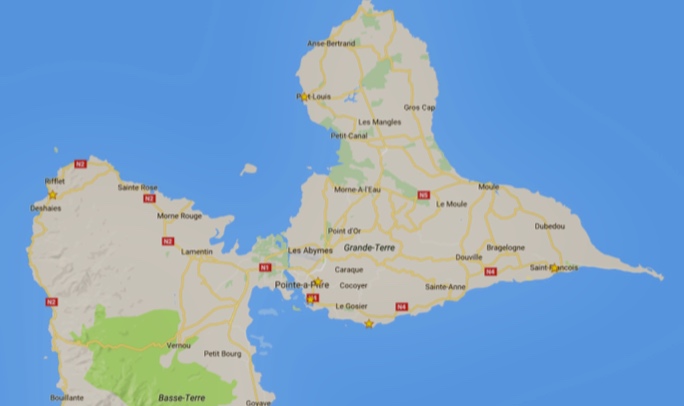 Then Eight Days in Saint François

A Week in Port Louis

One Night Near the Airport


We chose small places with interesting hosts in a variety of locations on the island. The first three were on Grand Terre which is the flatter, dryer of the two islands that make up Guadeloupe. We saw more tourists in the first two towns, but then Port Louis was mostly locals. The last place was up on the hill above Deshaies and the beautiful golden beach of Grand Anse.
We took a slightly different angle this time. I took the laptop, left the video camera at home. I tried to read more, exercise more and write more. I hoped that by going slower I could do more.
Stephen
--------