Dawn said she was ready for another trip. She said how about France in the fall? I thought maybe a month in Paris. Dawn said what about Corsica? Or visiting Veronique in Bruges or Paradou in Southern France. The Cevennes made famous by Robert Louis Stevenson’s hike with a donkey beckoned Dawn. I had no idea how to plan such a trip so I made reservations to fly to Paris for the Month of October and figured we could get to anywhere from there. That was the middle of July.

It looked for a while that we would wander around france seeing things we hadn’t seen and visiting people, maybe a week in each place, but Corsica, a place we had thought about and rejected for a winter trip (too cold and dead), began to bubble up to the top. Vineyards, mountains, hiking, lots of small villages drew us in and soon we decided to do two weeks in Corsica and followed by two weeks in Paris. A really new place and a really old place.

Corsica was formed about 250 million years ago with the uplift of a granite backbone on the western side. About 50 million years ago sedimentary rock was pressed against this granite, forming the schists of the eastern side. It is the most mountainous[clarification needed] island in the Mediterranean, a "mountain in the sea".

It is also the fourth largest island in the Mediterranean, after Sicily, Sardinia and Cyprus. 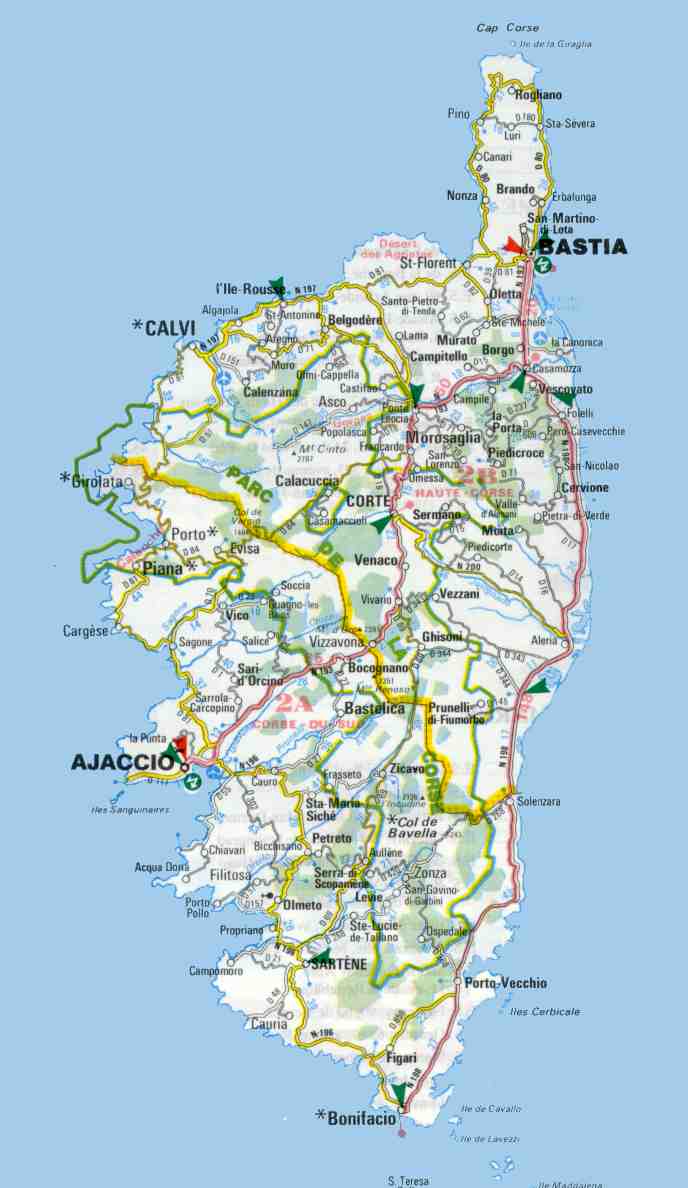 Stephen;
I have looked at hundreds of airbnb sites, deciding fairly early to find places where we would rent rooms in people’s houses. We needed some guidance and we needed to talk to people to learn about Corsica. I picked two, each for four nights and both in small villages, one in the north and one in the south. I folded in some hotels to break up the trip. Below is the picture from our first BnB. It reached out to both Dawn and me with its hospitality and warmth. Daniel will be our host. We will arrive on October 4. 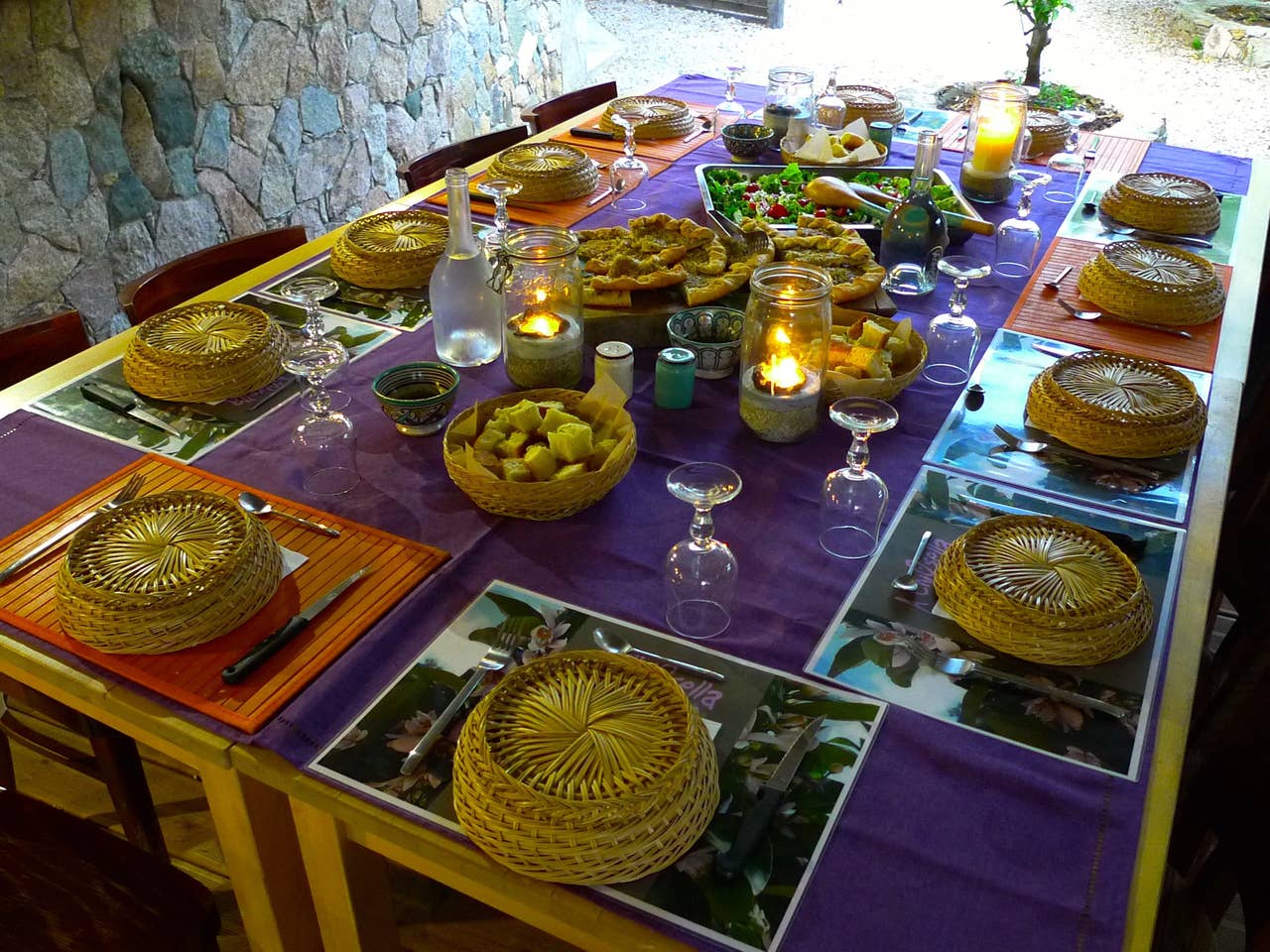 Our first town is Corbara is in the Northwest of Corsica and to get to it we will fly to Calvi and rent a car for four days. From there we will return the car and on October 8 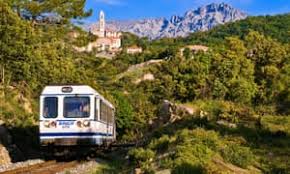 Train in the Mountains 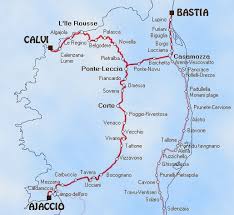 take the train to Corte in the middle of the mountains to hike or visit depending on the weather, the next day on the train brings us to Ajaccio, the capital and main city of the island. 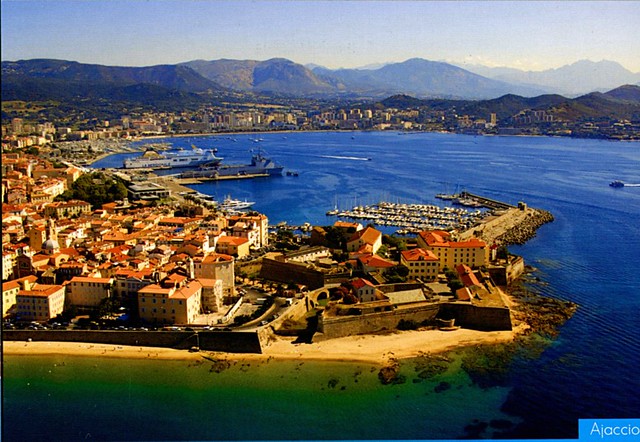 The Citadel and old town of Ajaccio

We arrive noonish at our hotel After dropping our bags, we will go to the Fesch Museum. It has a bunch of paintings that we want to see. 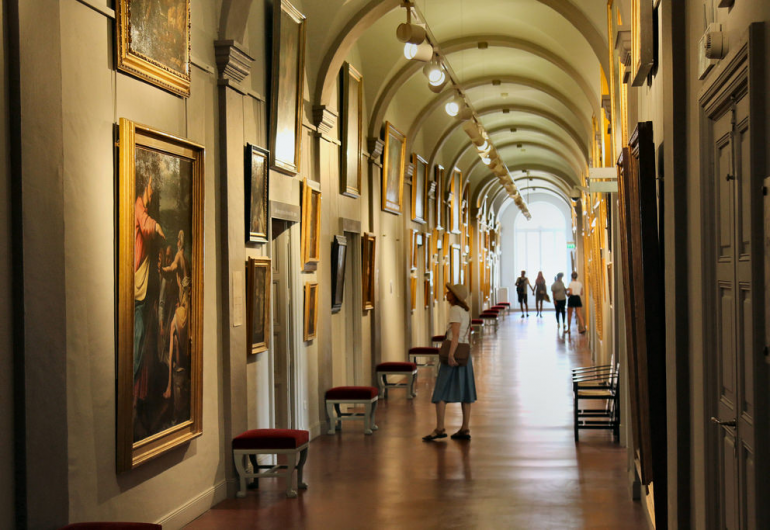 We will find a few other things plus looking for a place for dinner. We leave the next day on October 11, renting a car at the Ajaccio airport around 1 PM so we will have time for something in the morning. 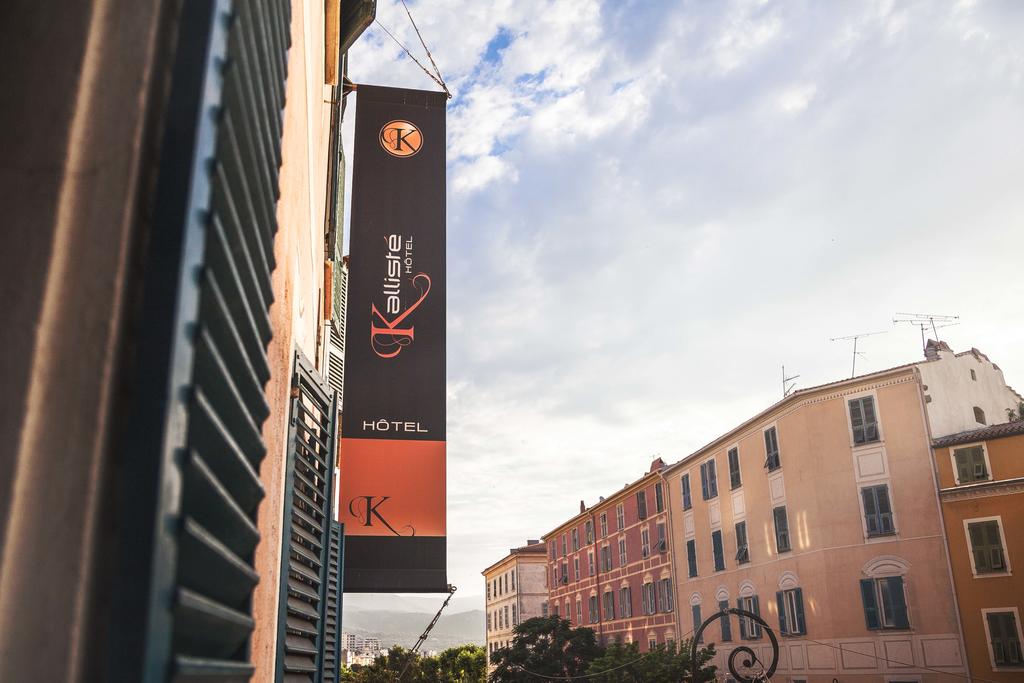 We will drive to our second BnB that afternoon. We have a choice of routes and will seek local advice about which one we should take. In the town of Sari-Solenzara overlooking the sea, we were drawn by the Irish/Corsican couple, the beautiful view and again the food hospitality. Another four nights, walking the beach and hiking in the mountain behind. 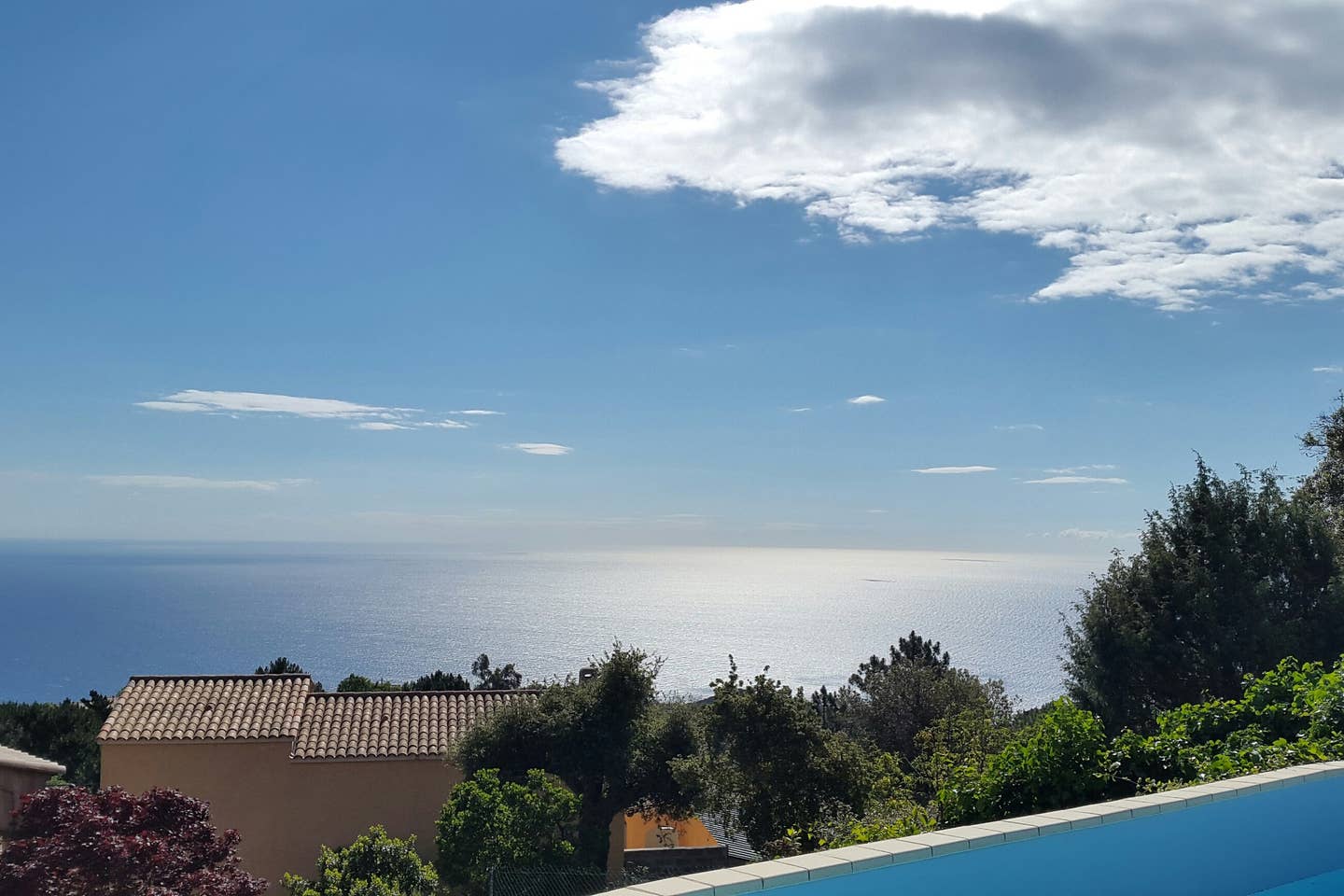 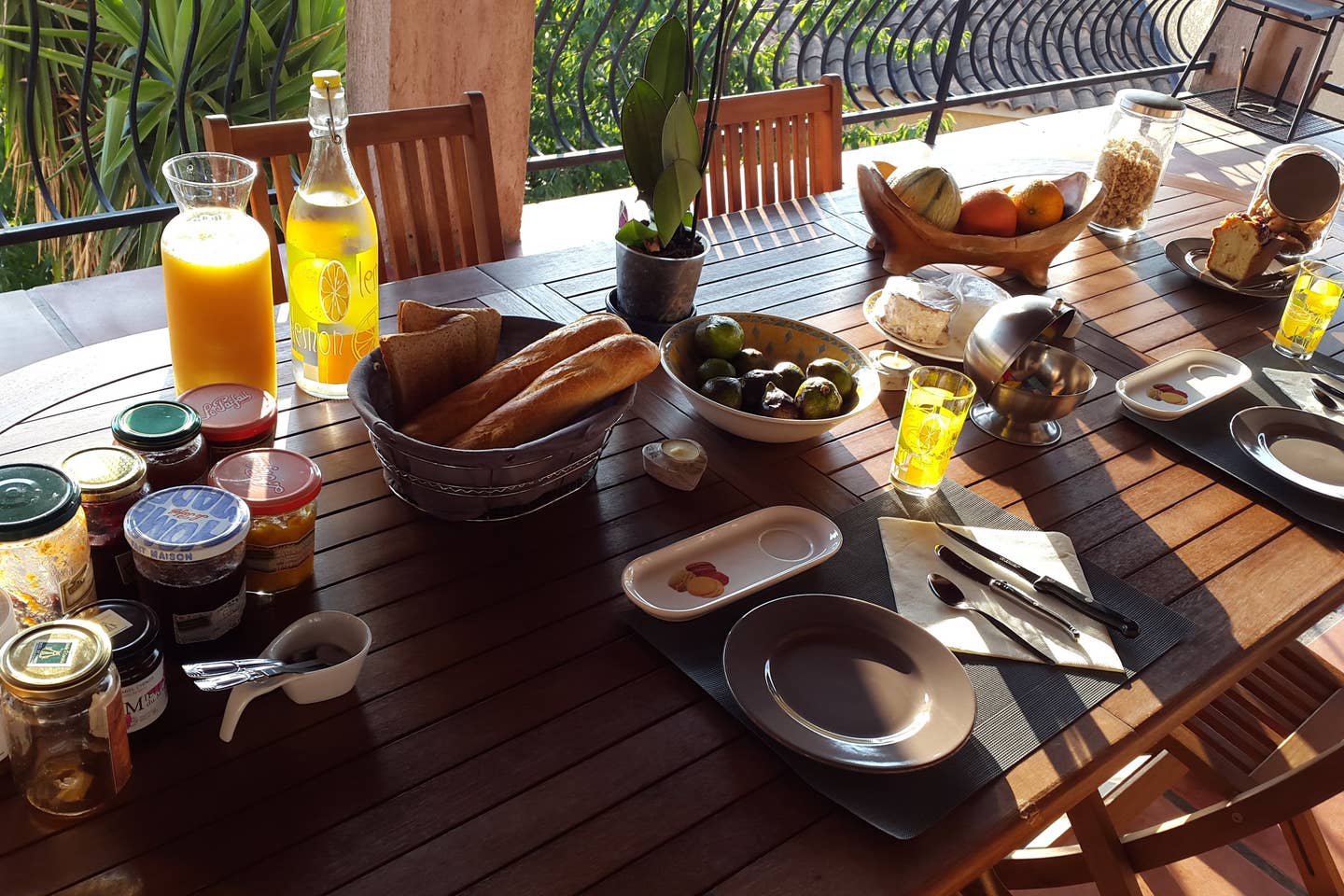 
On October 15 we will stay in the town of Bonfacio. The chalky cliffs drew us to plan one night there. 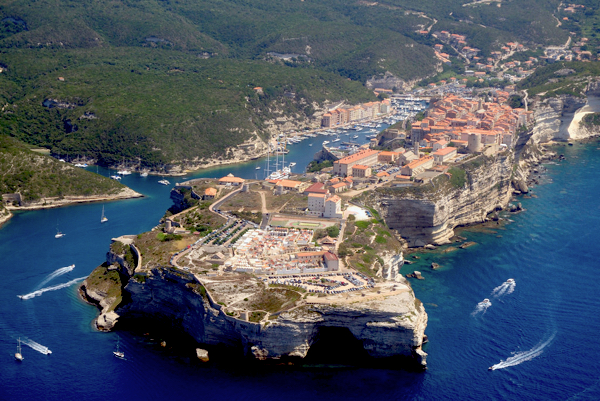 We are staying, for us, in a little bit of an upscale hotel. We seem to like food and drink. It is right on the water in the Marina with a good view of the Citadel. 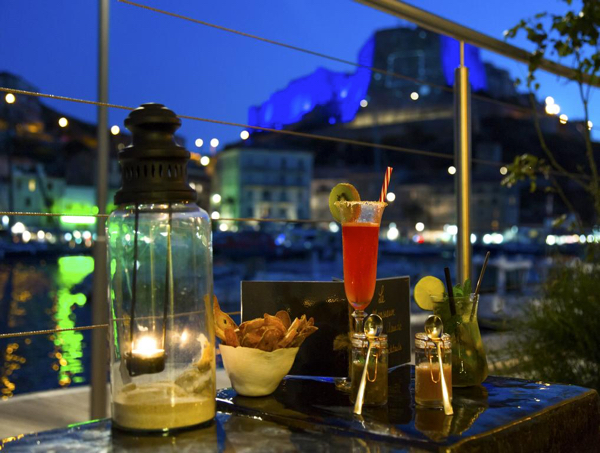 Next on the trip is the town of Sartene. It is said to be the "Most Corsican of Corsican towns". It is fairly short drive to the airport and is near the prehistoric sites that we want to see. 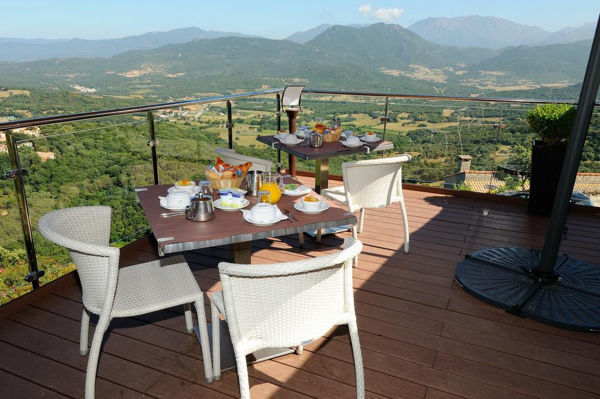 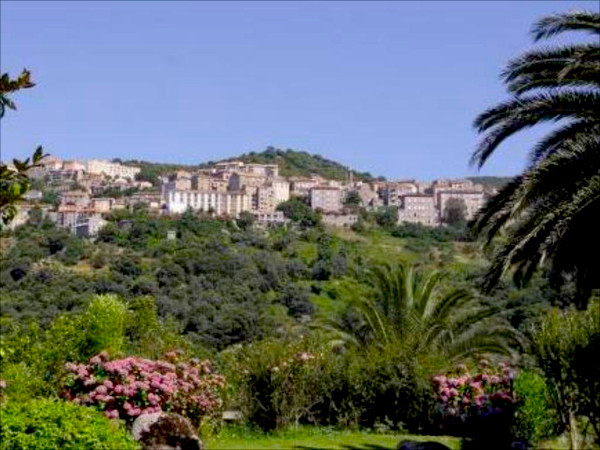 Views of and from the Hotel des Roches, (it’s the building a little whiter than the others).

We are staying in a nice hotel with a fancy restaurant which might be an option for our last night in Corsica. We will drive from the town to the airport on on October 18, return our car and fly to Orly airport outside of Paris. We will have a couple of public transportation options from there, but should arrive at the apartment around 7 PM.

Paris is especially known for its museums and architectural landmarks: the Louvre was the most visited art museum in the world in 2018, with 10.2 million visitors. The Musée d’Orsay and Musée de l’Orangerie are noted for their collections of French Impressionist art, and the Pompidou Centre Musée National d’Art Moderne has the largest collection of modern and contemporary art in Europe. The historical district along the Seine in the city centre is classified as a UNESCO Heritage Site. Popular landmarks in the centre of the city include the Cathedral of Notre Dame de Paris and the Gothic royal chapel of Sainte-Chapelle, both on the Île de la Cité; the Eiffel Tower, constructed for the Paris Universal Exposition of 1889; the Grand Palais and Petit Palais, built for the Paris Universal Exposition of 1900; the Arc de Triomphe on the Champs-élysées, and the Basilica of Sacré-Coeur on the hill of Montmartre. Paris received 23 million visitors in 2017, measured by hotel stays, with the largest numbers of foreign visitors coming from the United States, the United Kingdom, Germany and China. It was ranked as the third most visited travel destination in the world in 2017, after Bangkok and London.
Paris on Wikipedia
We are going back to the eleventh in Paris, staying on the ninth floor of an apartment building on the Metro Line 11. We will be there from October 18 until Nov 1. 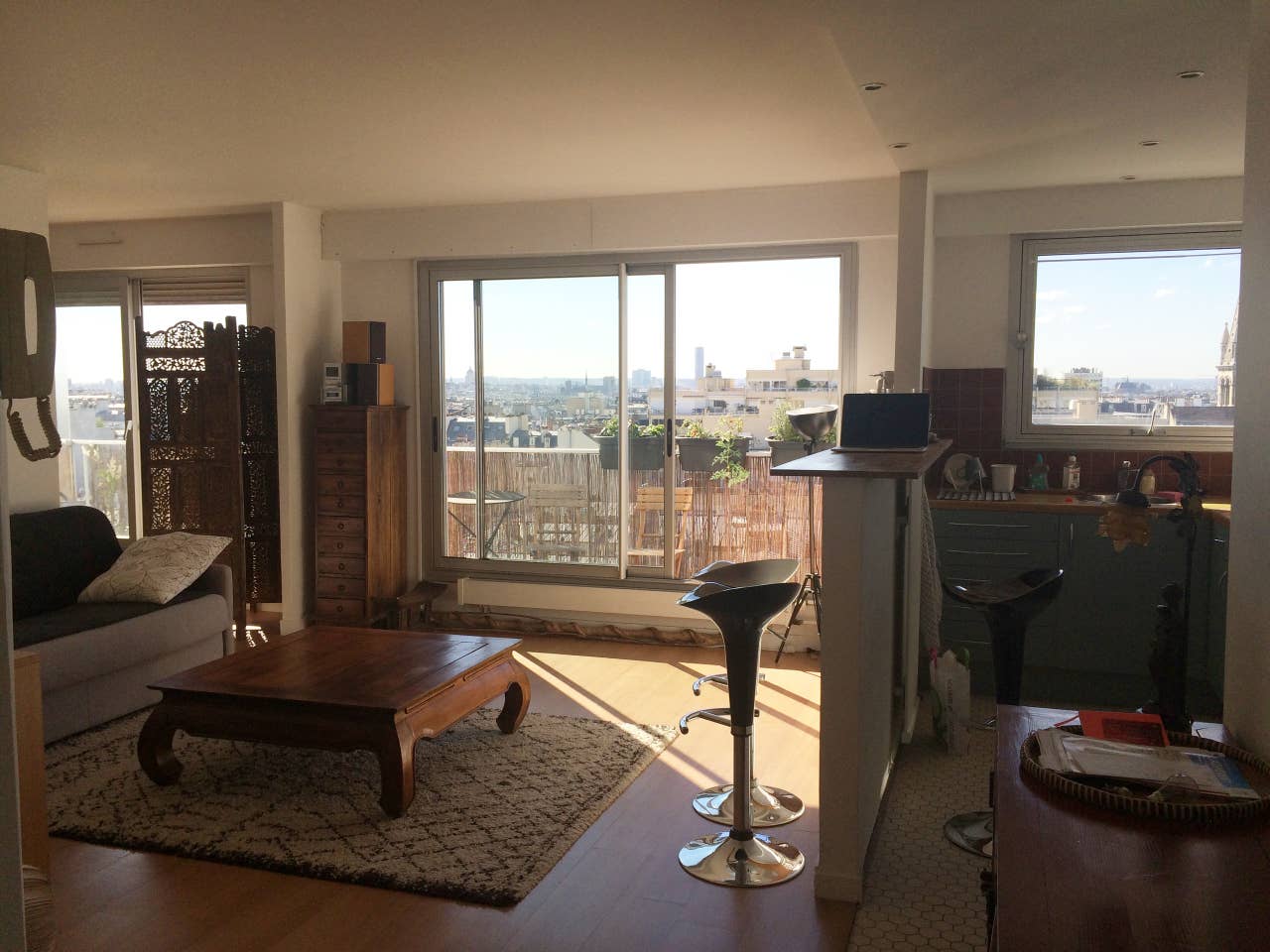 Living Room and View of our apartment in Paris
Two weeks to explore what’s new in the museums, find music, visit with Isabelle and Jean and other friends, sit in brasseries and write the travelogue that will occupy the next two pages. Of course we will visit Notre Dame to walk around its wounded shell and hope for the best.

On to Corsica
Stay in Paris
Paris Museum Photos

Home Page of All Travelogues
(top)