We will be in Oaxaca this year, February 5 until April 1. We will stay in four different places for various amounts of time. Below are links to the places: 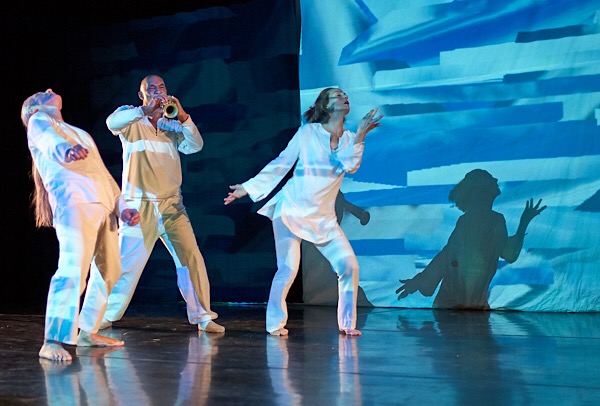 Dawn:
Why are we still in Boston in January, you may wonder since we have gone to warmer climes the last four years in January. Well, Peter DiMuro made me an offer I couldn’t refuse, although at my ripe age I almost did refuse it. He invited me to be one of four CATALYSTS, women choreographers of diverse genres and ages, who get lots of free rehearsal time/space and perform six times at the Dance Complex in the month of January. I accepted his kind invitation based on the fact that I had so much fun performing again in “From the Horse’s Mouth,” May, 2017. Determined to create a piece based in structured improvisation, I invited Olivier Besson whom I consider to be a master improviser, to dance with me, and the legendary Stan Strickland, with whom I have collaborated intermittently for forty-six years, to make music. For the middle weekend, we get to play with a different, wonderful musician, Akili Jamal Haynes. Of course, Stephen is using Isadora software again to make some magic with the video projections. Each performance is a new adventure!

The six January performances we did at the Dance Complex were both challenging and rewarding. Stephen and I-and Olivier- were sick with chest colds and coughs for much of the run. However, we pulled it together and the performances mostly improved as the run went on. It was wonderful to work with talented, mature collaborators...Stephen, Olivier, Stan,and Akili.The piece, Secret Laughs, was complex, layered and episodic. I know that not all audience members connected with it. Those who did gave us beautiful feedback, not only on our performances, but also on what they felt or thought while experiencing the piece. Thanks to Peter, Caitlin, Rachel, Jayne and everyone else at the Complex who helped make this CATALYSTS residency possible. 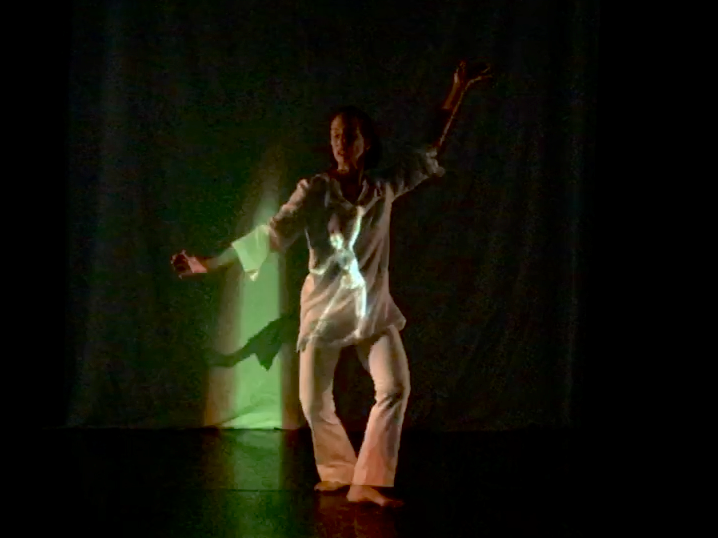 Sunday after the last show, I never got out of my pajamas! The following Wednesday morning, our alarm went off at 4:15 a.m. to get an early flight to San Francisco. What a treat to see my ten year old granddaughter Lily perform in Building Broadway! This was a high-powered, professional level show produced by the San Francisco Players. The performers were aged ten fo fourteen, forty of them selected by audition city-wide. The directors, choreographers, designers, musical arrangers and three live musicians were all professionals. The show looked at the history of the Broadway musical, with great musical selections, really clever choreography and staging, and was packed with emotion and humor. No wonder this group is celebrating its fiftieth anniversary of working with San Francisco youth. Lily did a great job. We are so proud of her. 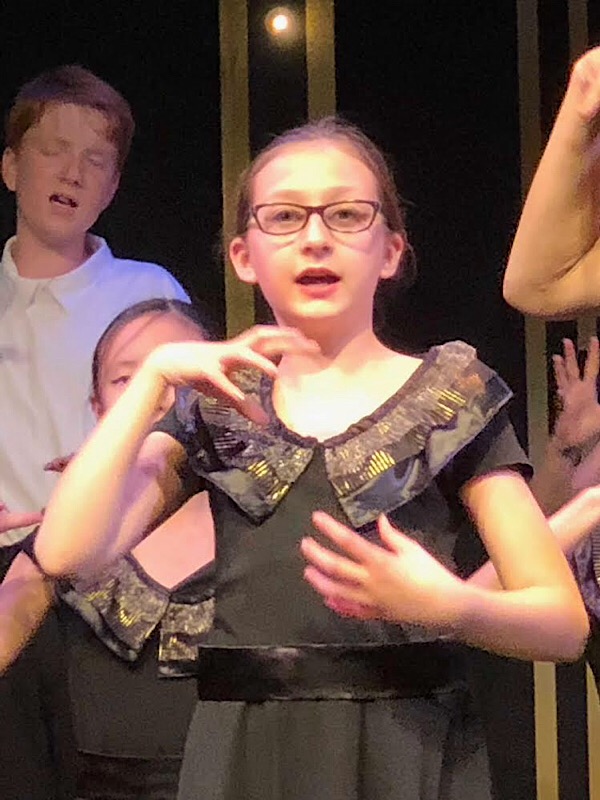 It was also great to hang out with almost nine-year-old Cole who is now into Cub Scouts, horseback riding, and guitar lessons. Amber and Patrick have such packed, busy lives that we like to help out as much as possible when we visit. Hence carpooling to rehearsals and performances, picking up kids at school, dishes, dog duty, etc. We love being part of the family and don’t see them often enough. Labradoodle puppy Scout took about a day to get used to us. From then on, we were great snuggle buddies. Amber and I took two challenging yoga classes together (well, challenging for me, but she looks amazing and strong.) 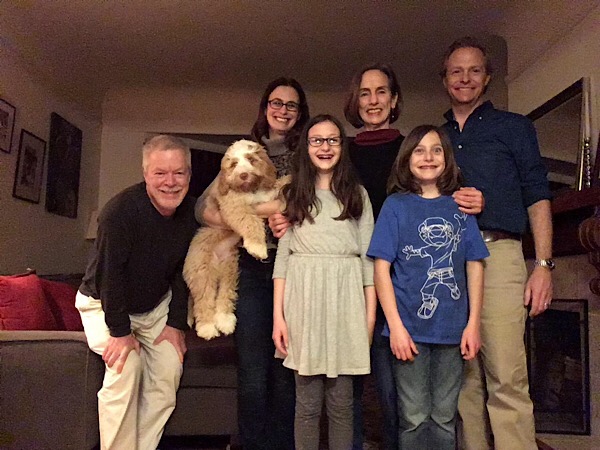 Back to our trip: Originally we were going to head to Southeast Asia this winter, specifically Cambodia. We have heard wonderful things about the people and the culture, and I really want to see Angkor Wat and all the Buddhist temple complexes. However, once we decided to do the Dance Complex gig, I decided I wanted a less complicated winter adventure, without having to get lots of shots and take malaria meds, etc. Plus I felt I couldn’t devote the time to trying to learn a little Cambodian and wanted a place where I had at least some familiarity with the language. We love Guadeloupe, but felt like after three winters there, we wanted to try something different. So, back to Mexico, although to a part of the country we have not yet visited, namely Oaxaca. Everyone who has ever been there raves about the indigenous culture and arts, the food, the architecture, historical sites, and of course, la gente, the people.

First Stop, A Small Hotel in Oaxaca
Home Page of All Travelogues
(top)